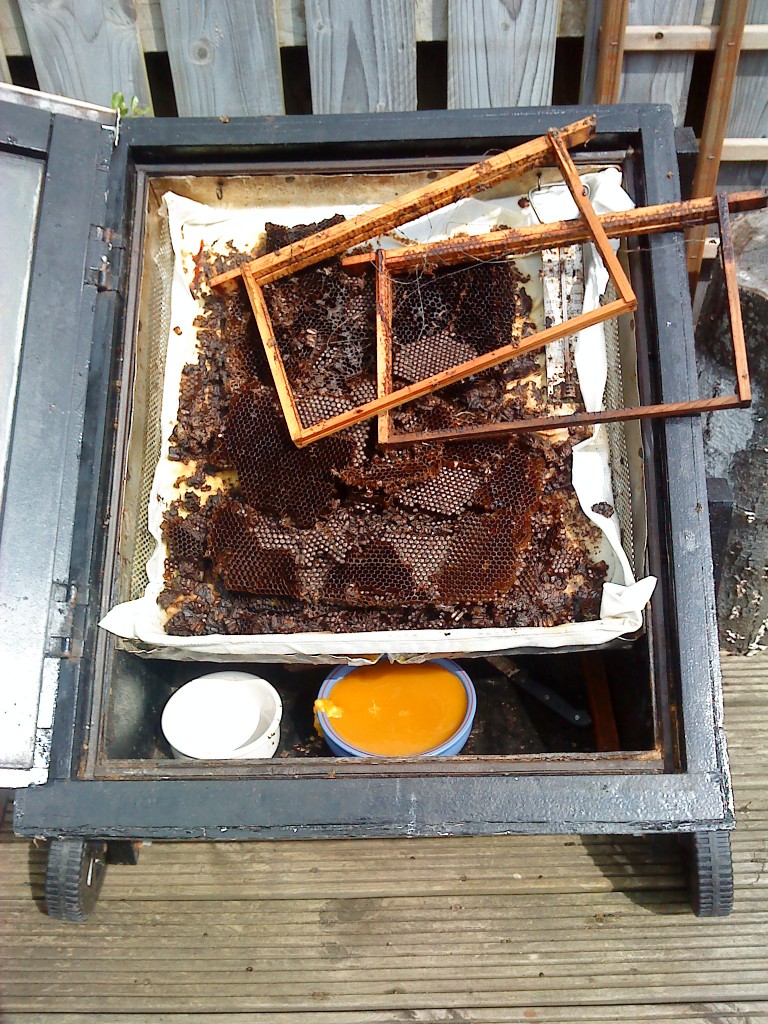 Solar extractor with sterilised frames, old cappings and a beautiful cake of wax. Time to throw the cappings in the compost and replace the filter with a clean one.

In 2004 I built a solar wax extractor. The design was based on what I could find on the internet at the time, for example the ‘encyclopaedia Cushmanica‘ and good advice from beekeeping friends, both in Dublin and on the Irish beekeeping discussion group.  Here, eight years on, is what I have learned about building and using one.  Disclaimer: hot wax can burn, and wax is highly flammable.  DIY is not without risks.  Do all of this at your own risk!

Before you start, it is good to think about how you will use your solar wax extractor.  Will it stay in the same place year round or will it need to be moved to make space or stored away for winter?  How many hives do you have?  How often will you visit the extractor?  I have found that my extractor, which I keep in our back garden in Dublin, is sufficient for my needs, with 8 honeybee colonies. Over a good summer I’ve easily processed every frame I’ve found an excuse to put in it, plus my backlog, plus all the old combs of a friend.

If the spring/summer/autumn climate was warmer or sunnier, or if I did not go to work five days a week, I could process a lot more wax though this extractor.  If the extract was at an out-apiary and I only visited it when I saw my bees, throughput would be much less.

The solar wax extractor does two tasks for me:

Moreover it is most satisfying that all the energy costs come from the sun! 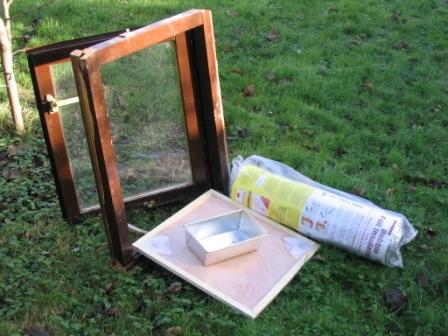 To build this solar extractor I started with a double-glazed hardwood casement window in its frame, donated by a friend. The basic idea is:

Here are a few notes & things that work well:

I should point out that many of the smarter ideas come from other beekeepers (thanks all). 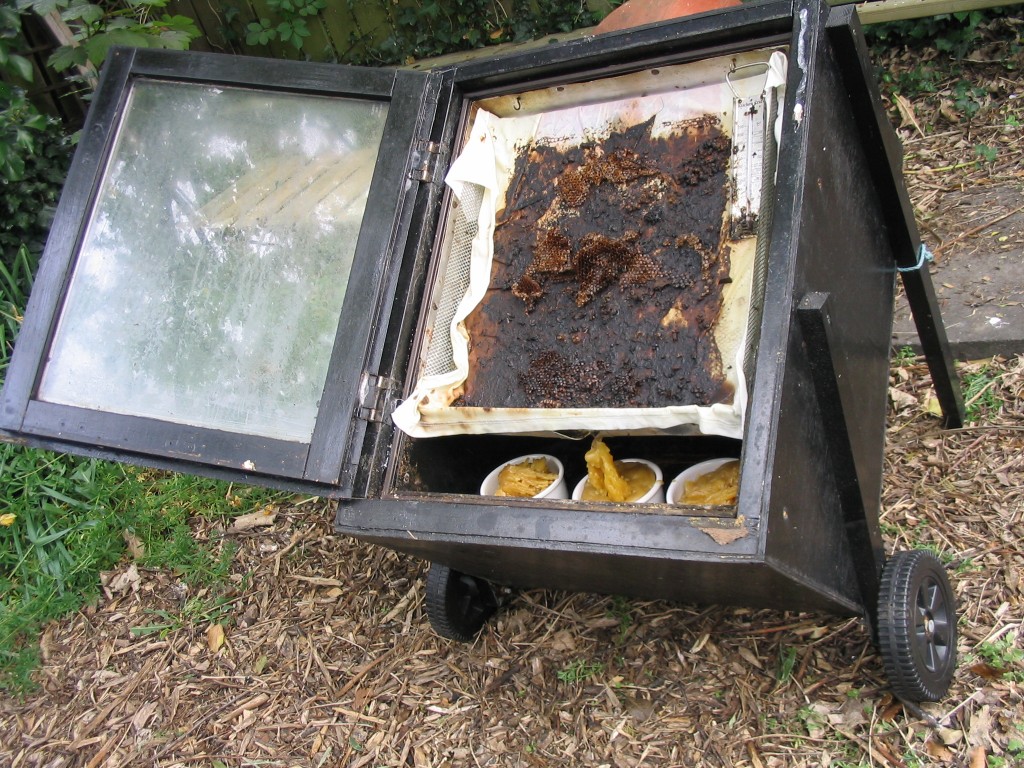 The extractor has done its work – the wax has melted and run trough the filter, from the tray and into the pot below. Note the residue left on the t-shirt filter. Either side of the pot that received the wax are two more that I made earlier.

The above is by no means a perfect design for a solar extractor.  Here’s what I would do differently if I were to do it again:

My next challenge is to get the honey residue out of the wax cakes, then someday I might make candles.  When I do that, I might use the solar extractor as a third stage to re-filter the wax thru gauze to take out the final few impurities.

In addition to comments below, I’ve had some feedback orally and by email.  Here are some of the points:

4 thoughts on “On making and using a solar wax extractor”